Kids of all ages enjoying some bricks at the festival

On Saturday, September 28th from 1pm-5pm, I had the pleasure of giving back to my community and partaking in a local festival, Lakeshore Culture Days.  The festival consisted of many local artists setting up booths and sharing their gifts with the families and residents of the Lakeshore communities of Mimico, New Toronto, and Long Branch in the West End of Toronto

A great number of kids (of all ages!) came out to enjoy some brick building, LEGO building tips from me, as well as watch me build a LEGO sailboat out of solely 2×4 bricks in green and blue. 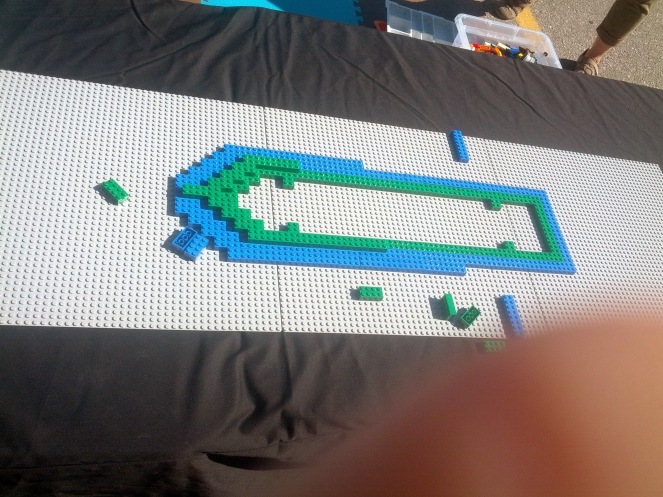 Hm – need to watch out for those fingers 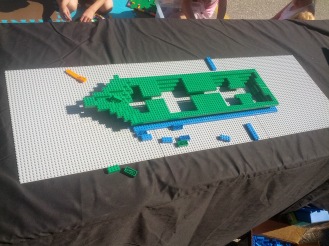 Ship is coming together… 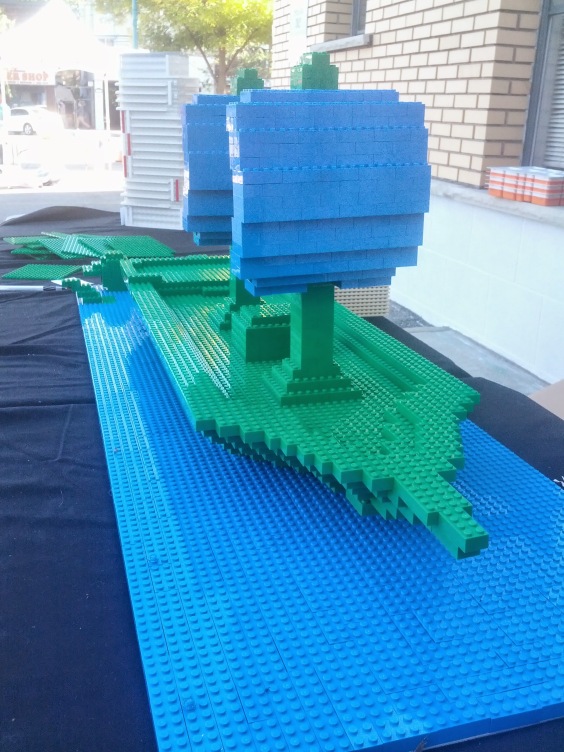 Staring down the bow of the ship

The best part for me was seeing all of the children’s creations come to life, that brought the table from this…

There were a lot of great builds, but I often find that the simplest are my favourite!  This little snail built by a young girl named Diana really stood out for me.

A little snail complete with a slime trail. I was told that it was not Gary, despite my guess

Also, in preparation for the event, I put together a little build of a new building which just opened near by – the Watermark at Long Branch.  Here it is next to a couple of other great creations by local kids.

The Watermark at Long Branch

All in all it was a great day, and we all had a lot of fun building together.  If you are running a festival, get in touch, I’d love to come out and be a part of it!

One Comment on “BrickManGraeme at Lakeshore Culture Days Festival”