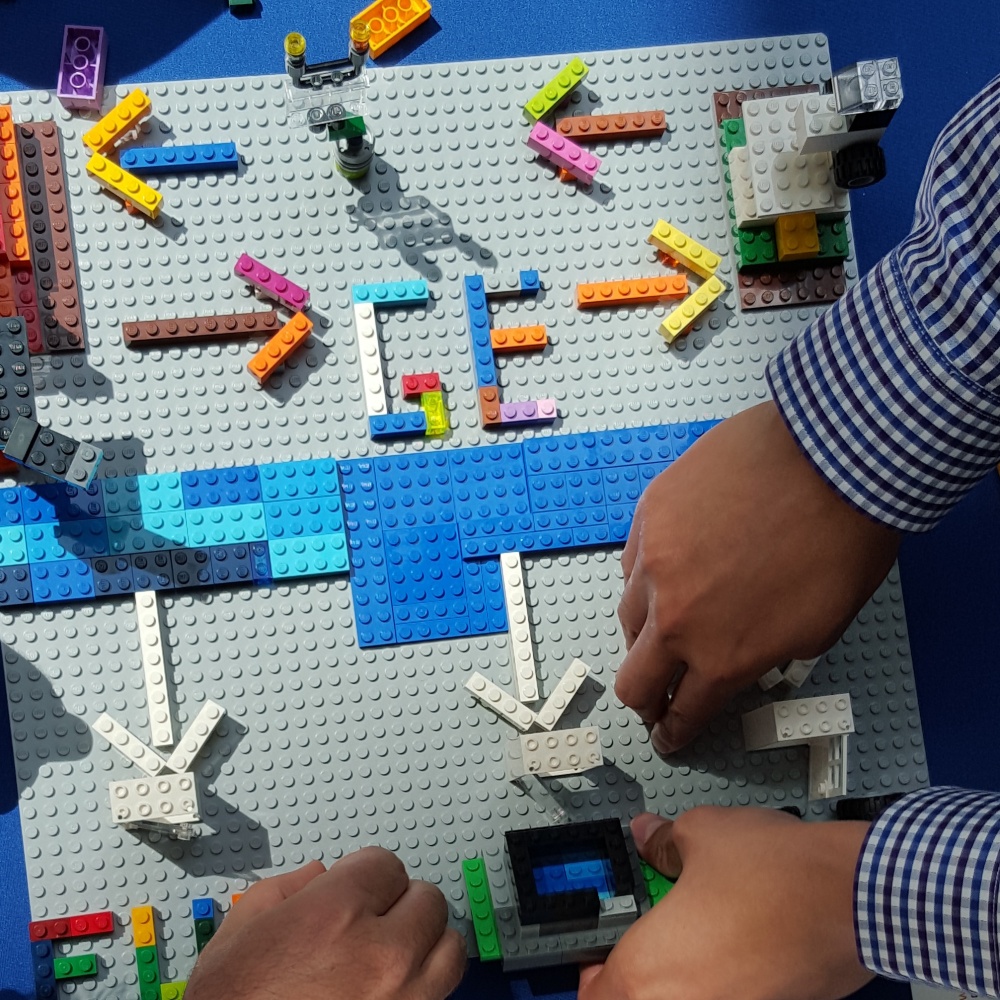 People can do a lot with the standard 2×4 LEGO brick, but for a truly inspiring project, it helps to get different pieces into the mix. For GE Canada, these different bricks might be represented by their affinity groups, including the Young Professional Network, the Asian Pacific American Forum, the GE Veterans’ Network, the Women’s Network, the LGBT Network, and the African American Forum. Each of the different groups within GE Canada has their own function and style. Combining them, like at the GE Thought Leadership Event in May, can create something pretty special. Add LEGO into the mix, and the possibilities seem endless. 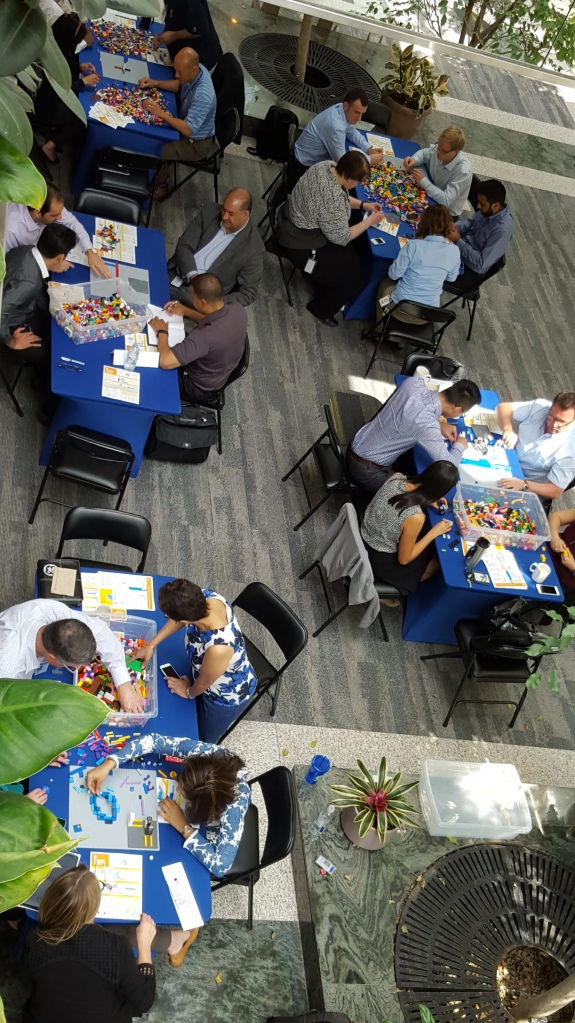 GE Canada was looking for input from their employees on how to become a Digital Industrial Company—an organization that combines flawless hardware with cutting-edge software for a new approach to products like jet engines, healthcare imagining equipment, and more. Graeme designed a two-hour workshop for the 28-person group. Assembled into small teams, “participants worked to brainstorm a single idea that they wanted to tackle on how to improve their company based upon trends and changes in digital technology, and how that tech could mesh with their current practices,” Graeme explains. He gave them thirty minutes to brainstorm and an hour to build before presenting the finished product. 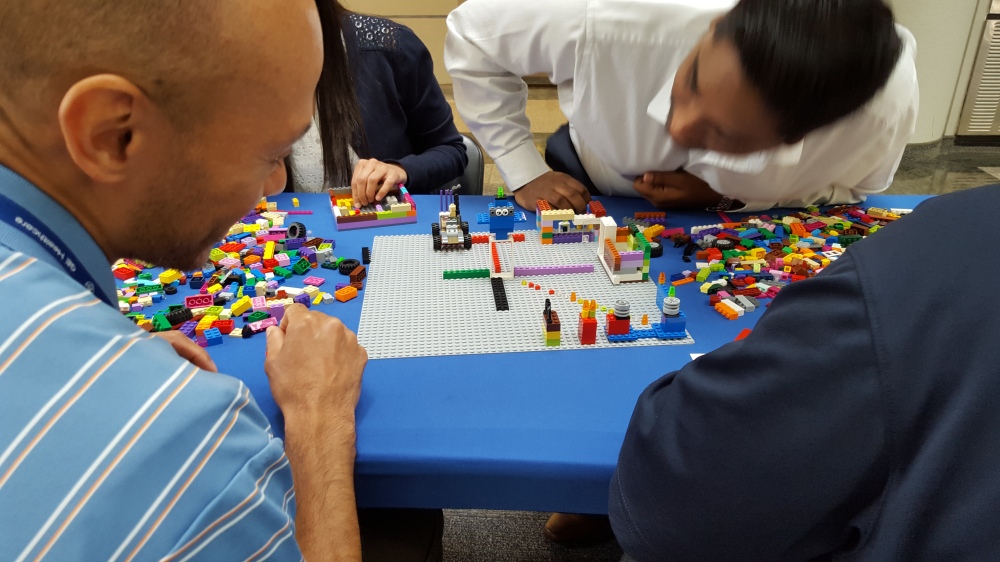 The exercise also created space for participants to share common challenges and solutions, recognize resources, and share experiences across departments. “One of the great stories to come out of the event was having people identify problems that they were having, only to hear someone on their team from another division say ‘Oh actually, we tackled that problem in our division, and here’s how we achieved that goal,’” says Graeme. “It was really cool to see the activities serve as a catalyst for meaningful networking and troubleshooting.” 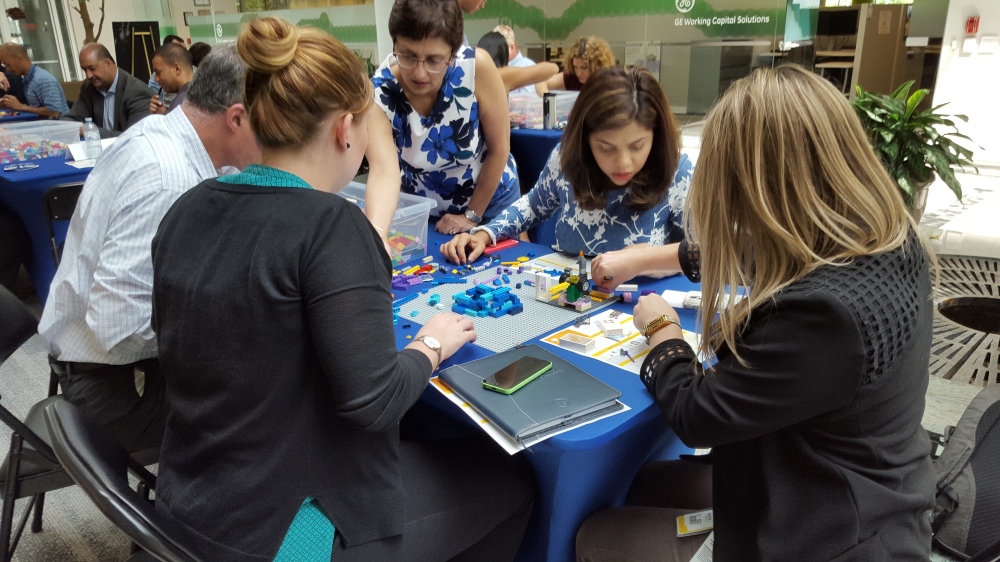 In large companies like GE Canada, LEGO can act as a particularly useful metaphor. In this case, the form of the bricks themselves provided the insights. “LEGO is very modular, but has the ability to click together to form a greater story,” says Graeme. “I think that the teams recognized that they functioned very similarly to LEGO in this way. Even though they could individually build something small, together they could share building techniques and concepts to achieve more.” As the different affinity groups shared their models, different ideas began to build on themselves, creating an experience that both affirmed the different perspectives in the rooms, and also furthered GE Canada’s organizational goals. 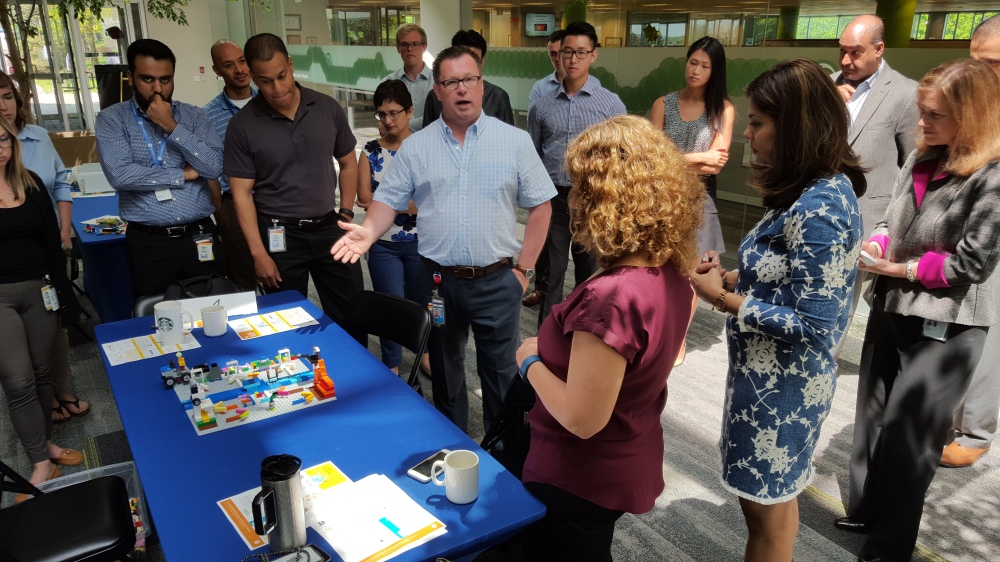 In addition to the hard work of the LEGO builders, Graeme says that the hands-on approach from upper management also made a big impression.”Elyse Allan, CEO of GE Canada, originally planned on only giving a kick-off speech at the beginning, but she returned near the end of the event to see how the vision-mapping creations came together. She also provide a very hands-on debrief session that blew everyone—myself included—away. It is rare to see such an intimate approach from a CEO,” he said. 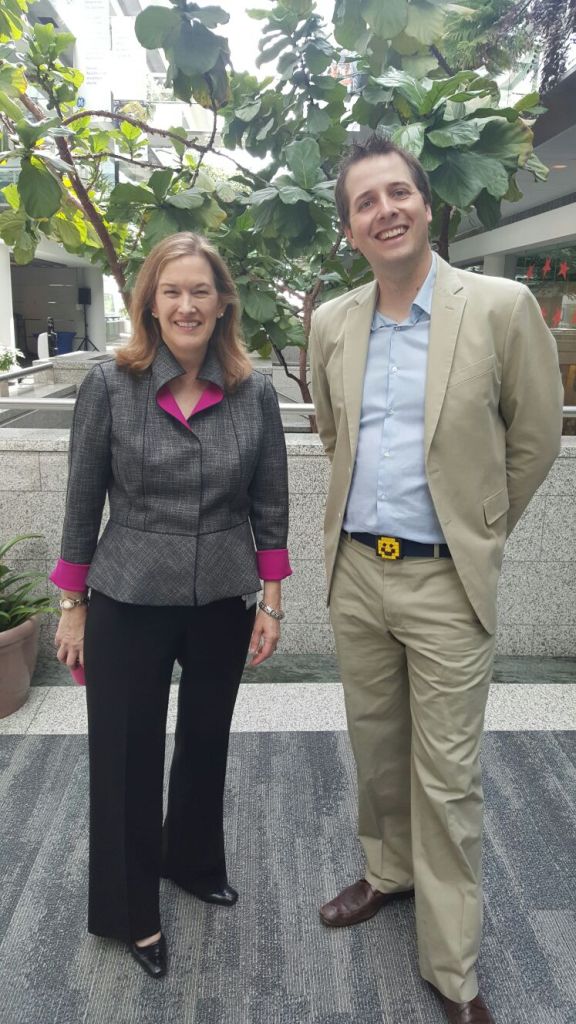