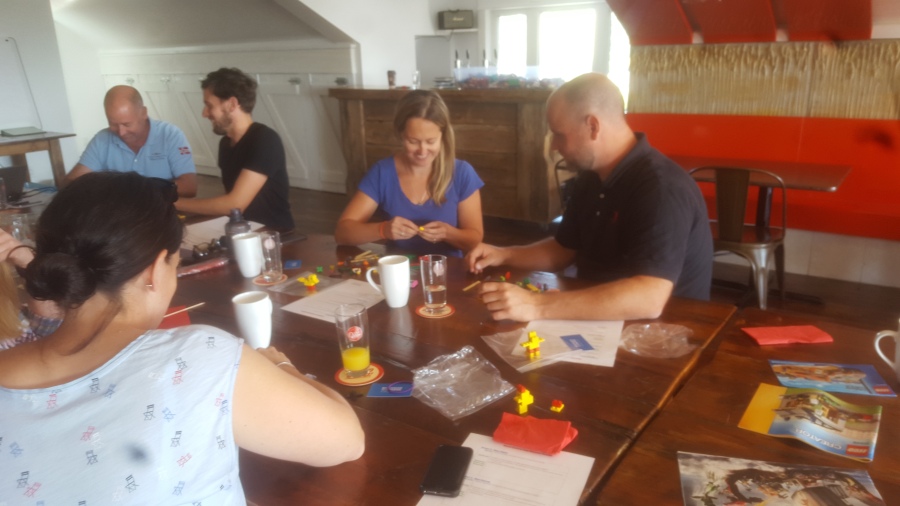 We think of LEGO sets as being for the living room, but what happens when we take it to an unexpected place? Like, say, a converted hay loft in a brewery? Graeme recently had the opportunity to find out, as the leader of a team-building exercise with the Peller Estates Wineries staff in Niagara-on-the-Lake. “It was a beautiful late summer day, and the venue was a converted barn that had been transformed into a brewery and event space,” he says. Eight staff members joined together for a morning of individual and collaborative exercises, and over the course the three-hour event, LEGO helped provide insights into working style, personality, and communcation.

Peller Estates Wineries had brought him in to help unite their far-flung staff. “As the team works in many different sites, the primary goal was to have some time for them to get together and learn about each other,” Graeme explains. “Communication preferences, personality, background—these things don’t always come forward in the day-to-day, but are essential in understanding a team dynamic, and why people communicate the way they do.” He led the group in five activities: two short solo sessions during which people built their own creations to share with the group; two collaborative sessions where people paired up; and a final hour-long build where the whole team came together to brainstorm, create, delegate, and communicate.

Using LEGO pieces allowed them to share things about themselves—one participant, an animal lover, built a dog model—but the collaborative exercises also highlighted each participant’s communication style. “The team had several ‘I never knew that’ moments about team members, or ‘that makes a lot of sense now’ moments about why team members may have made the decisions that they did,” Graeme says. Despite the mix of experience levels and ages in the room, ”nobody was ever left an opportunity to ‘sit back’ while others did the majority of the work.”

The LEGO exercises were also a nifty tool to explore some of the challenges that this team faces daily. “In an age where so many business needs can be virtualized, I was reminded that there are still many industries where hotel-stations, open-office workspaces, and virtual desktops are not possible,” says Graeme. In winemaking, “somebody with a very specific and refined skill set needs to be physically present to ensure quality in taste and execution in ways that computers are not able to cut it.” As a spatial and modeling tool, LEGO both represented some of the challenges that distance and geography create for this group, and helped the team overcome them.

For his own part, Graeme used the morning to learn a bit more about wine (“due to the great summer we had, 2016 Ontario reds are going to be particularly delicious!”). He says that, for him, the highlight of the event was seeing the team channel what they learned during the morning into their final all-hands-on-deck project. “It was the culmination of ‘aha’ moments where the team was able to transform their team’s goals and identity from the page and into LEGO.” 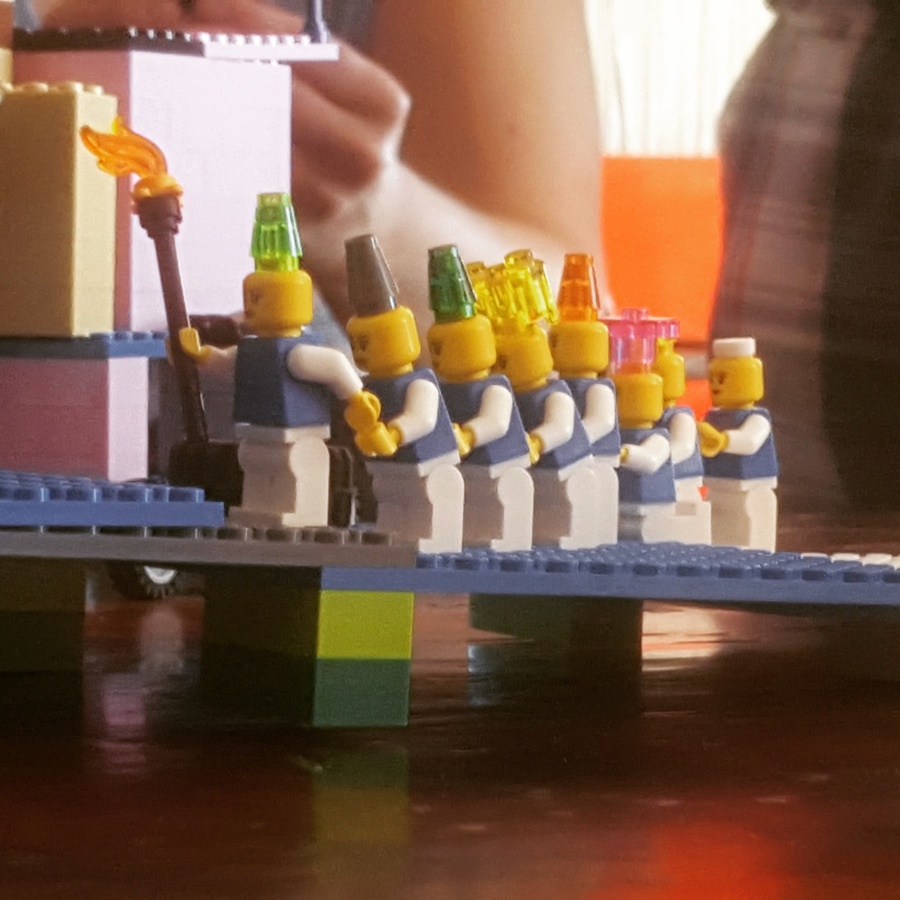