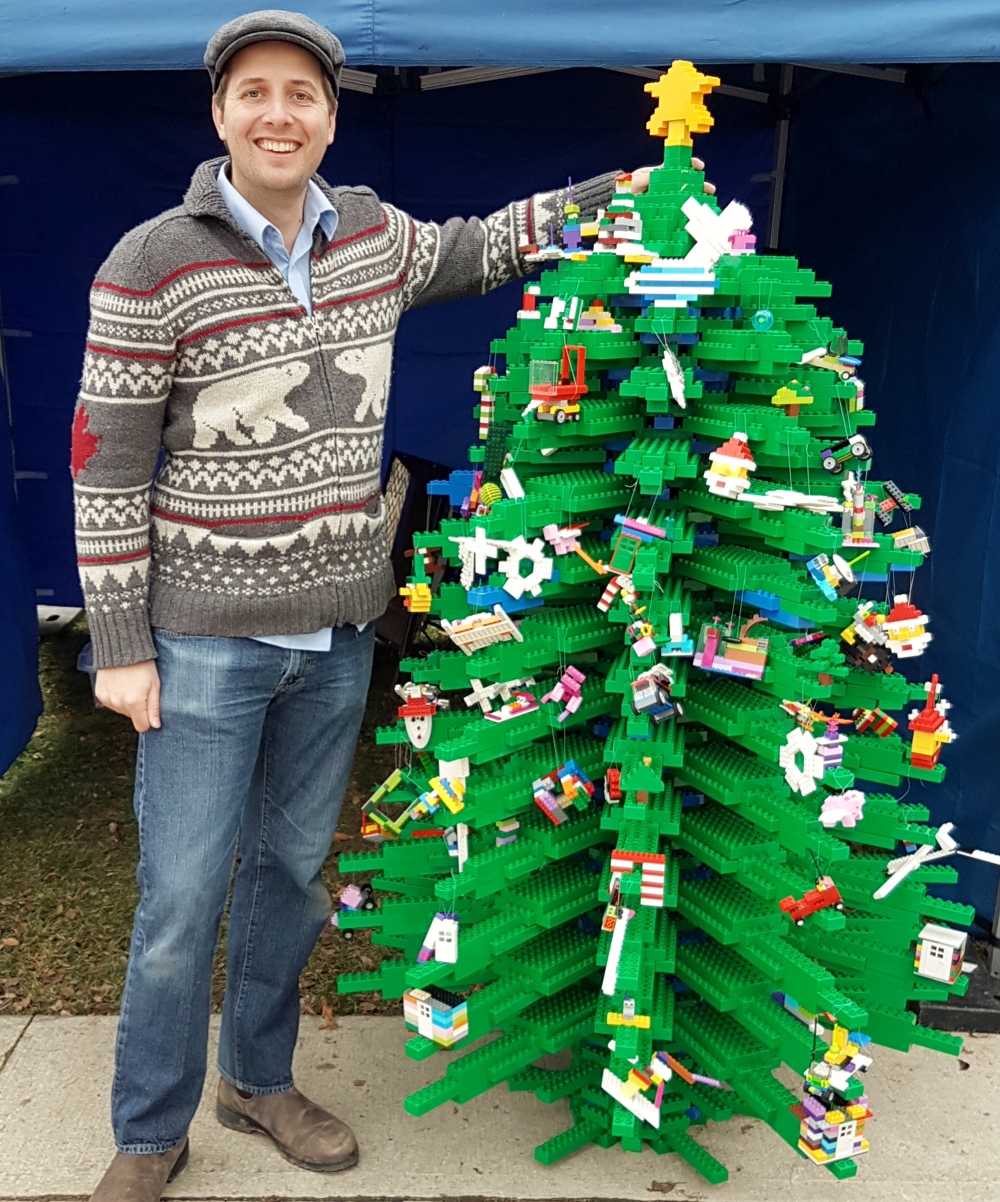 This December, BrickManGraeme took part in the Lakeshore Santa Claus Parade in Toronto’s west end – which also happens to be Graeme’s neighbourhood! The tree measured nearly 6 feet in height and was decorated with LEGO ornaments built by kids from throughout the community!

The tree decorating took place as part of the Skate with Santa program at Colonel Samuel Smith park, near the end of the parade’s route.

Hundreds of participants came out to build, skate, and enjoy the festive treats down by the lake. It was a great opportunity for the community to show what it can accomplish when working together. 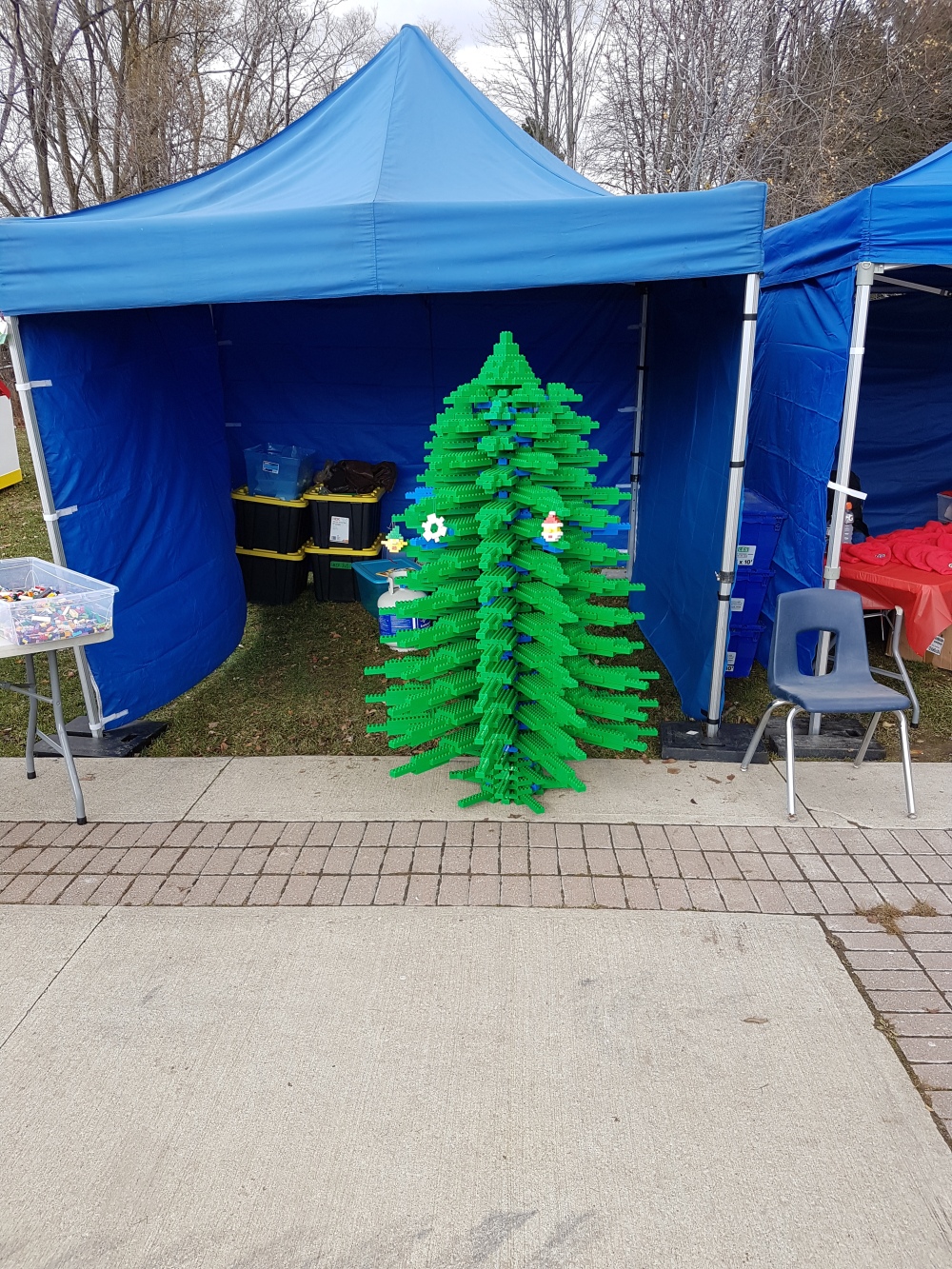 The DUPLO Christmas tree before the event begins, with a few placeholder ornaments set up to inspire others to join in.

The tree wasn’t much to look at to start – but slowly but surely more families came out to participate!

A Mrs. Claus ornament created by one of the children

This Santa face was built by a parent in a fun and unconventional fashion! 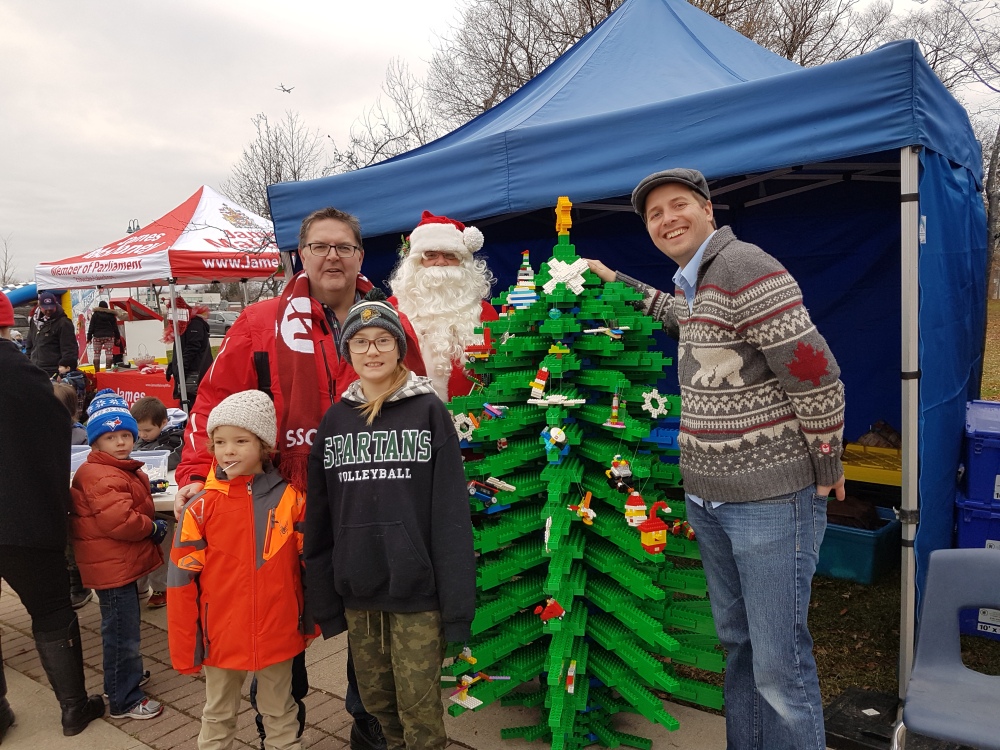 Two prominent folks in red and white came out – our local Member of Parliament, James Maloney, as well as the big man himself, Santa Claus!

Also in attendance was our local City Councillor Mark Grimes, seen here building a snowflake ornament for the tree

Building a giant Christmas tree had always been on my agenda of creations I could make with my giant collection of green DUPLO, and making it into a group collaboration made it all that much more fun!

Look for BrickManGraeme to return next holiday season – hopefully with an even bigger and more awesome tree!

Merry Christmas, Happy Holidays, and have a Happy New Year!